What does the Front Squat do

The Front Squat is hard no doubt, is it really worth putting time and effort into it? And you ask yourself ‘What does the Front Squat do for you?’

Read on, this article discusses

What do Front Squats do for your squatting technique?

The Front Squat is one of the best exercises to enforce proper squatting technique and squatting mechanics because you are forced to have a more upright body posture due to having the bar in front of your shoulders.

Having the bar in front of your shoulders gives you fewer abilities to compensate and you are not able to lean forward as you could in the Back Squat.

In addition to that having the bar in front of your shoulders also it allows descending deeper into the squat.

What does the Front Squat do for your strength development?

The Front Squat is one of the best strength builders for the lower body. 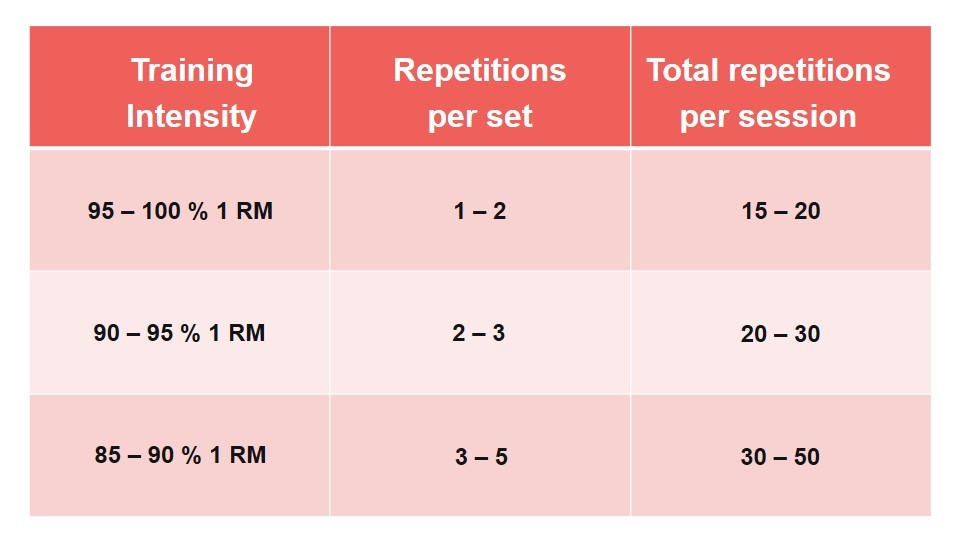 A training focussed on strength development could look like

What does the Front Squat do for your core?

The trunk, which is in my opinion a better expression than the core, is important to effectively transfer the forces from the ground to the upper body, which is quite important for a lot of sporting movements.

The front rack position and being able to maintain an upright posture during the Front Squat forces you to brace hard, which trains the trunk directly.

In addition to that EMG studies have shown to activate the intrinsic muscles of the trunk, like  the TA (the transversus abdominis) and the multifidus to a greater degree than the usually performed prone or supine bodyweight exercises.

What does the Front Squat do for your sports performance?

The Front Squat has a high transfer to sprint performance and jump performance.

A study from Schmidtbleicher and colleagues looked at the Influence of squatting depth on jumping performance.

Is it the full truth?

Probably not, as a complete answer needs a more nuanced discussion, however, it indicates that the Front Squat is a valuable exercise to include into your training program, if you want to jump higher or run faster.

What does the Front Squats do for your Olympic lifts?

Check out the phases of the Clean and Power Clean

There is a bit of a debate on the relative importance of the squat strength and the success in the Clean and some coaches and athletes use different benchmarks.

The general consensus seems to be that you need to be able to Front Squat 105% – 120% of your Clean PR, so that the recovery phase is not the limiting factor.

Check out the discussion with Aleksey Torokhtiy and Sergei Putsov from minute 17:00 on squat strength for the Olympic Lift.

However, it is worth noting that Olympic Weightlifters can have a lower percentage, because their technical proficiency in the lift is higher and they are much more able to use and modulate their forces effectively, whilst athletes from other sport have a lesser technical proficiency and might need higher strength levels for the catch and recovery phase not to be the limiting factor.

What does the Front Squat do for your quad development?

It is not a coincidence that there is this term out there, the ‘Front Squat Quad’, which means that Front Squats can develop your quads, the quadriceps to a greater degree than Back Squats.

Well, is that true?

I think from a planning perspective you should have both exercises in your program, if you want to focus on maximizing muscle growth.

However, the position of the bar in front of your shoulders and the resulting upright body posture, focuses more on the anterior side and the muscular activation of the anterior side, especially the quads, which in return leads to greater stimulus for muscle growth in the quads.

As a coach, you are also familiar with the fact, that once weights gets heavy in the Back Squat, athletes tend to lean further forward during the ascent, which takes emphasis away from the anterior side and places more emphasis on the posterior side. And as I have discussed in the section above on improving squat technique, this forward lean is just not possible in the Front Squat.

How could a training session look like that focuses on muscular growth?

Following up on the training program example from above, a training focussed on functional hypertrophy could look like

Concluding what does the Front Squat do for you?

The Front Squat benefits are manifold.

The Front Squat improves squatting mechanics, is a great strength builder for the lower body and strengthens your trunk.

If you are an athlete, the Front Squat can help you to run faster and jump higher, and help you to improve your Olympic Lifts, especially the Clean.