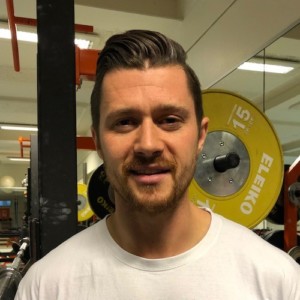 In the beginning of 2018, Matt got offered a position as an interim Strength & Conditioning Coach at the Delft University of Technology supporting the first division Rugby team of the  Delft University of Technology. In addition to that, Matt got offered a post as Media Manager at Science for Sport, where he created Infographics summarizing the latest research, as well as review articles surrounding a broad spectrum of Strength & Conditioning and Sports Science topics. Over time, Matt’s responsibilities at Science for Sports has grown, and he now manages the membership groups and produces video and audio material for the Science for Sport membership community.

Matt’s effort during his work experience placement National Olympic Committee of the Netherlands paid off, and he joined the Team NL (Olympic Team of the Netherlands) as a full-time Strength & Conditioning Coach in June 2018, where he supports the development teams of Handball, Table Tennis and Paralympic Cycling, and the High-Performance team of Paralympic Table Tennis.